Progress on restoring the river is measured by 14 beneficial use impairments, or BUIs. A beneficial use is the ability of all living organisms (including humans) to use the Great Lakes without adverse effects. As of June 2020, the Detroit River Canadian Area of Concern (AOC) has 7 impaired beneficial uses, 6 unimpaired, and 1 requiring further assessment. The projects and research described here provide the scientific evidence to determine when a BUI is no longer impaired.

Scientists from the University of Windsor’s Great Lakes Institute for Environmental Research (GLIER), Environment and Climate Change Canada, the Canadian Wildlife Service, Ministry of the Environment, and the Ministry of Natural Resources continue to study the condition of the Detroit River as part of the DRCC’s delisting strategy—including sediment & water quality, wetland condition, fish populations and contaminants in fish just to name a few! For more information, please visit our Annual Review (yearly reports) and DRCC Publications pages.

GLIER has created the Delist Areas of Concern (AOC) Metadata and Mapping System tool for the DRCC. The goal of this web-based database is to consolidate Detroit River research in one place to help better understand the overall health of the river. Researchers, government agencies, and the public will be able to browse this online library containing geospatial data (i.e., data associated with a geographic location) and non-geospatial data (e.g., reports, presentations, photographs, databases, etc.) related to scientific research and monitoring of the rivers.

When contaminant levels, like mercury and PCBs, are unsafe in fish, consumption advisories may recommend that people limit or avoid eating certain species of fish caught in certain places. In 2015/16, GLIER and researchers from the University of Michigan built on their previous work in applying a new eco-sleuthing technique, known as mercury isotope analysis, to “fingerprint” sediment mercury sources. Their recent study showed that high concentration mercury hotspots in U.S. and Canadian waters could be distinguished based on these “fingerprints”. Additional sediment and invertebrates samples were collected in the Detroit River in 2015 and mercury isotope analysis was completed. In the future, these distinct mercury “fingerprints” could be used to assess what sources of mercury are getting into fish in different regions of the river.

Additionally, GLIER has been synthesizing and analyzing geospatial data in order to develop new probabilistic models for the purpose of assessing the Restrictions on Fish Consumption BUI. A geodatabase was developed to populate, store, query, share, and view BUI related data. The data will be analyzed and used to generate synthesized models via artificial intelligence approaches. 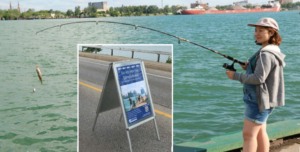 It is expected that all available data for this BUI will be assessed in 2020/21, with an assessment report indicating the status of the BUI completed by March 2021. 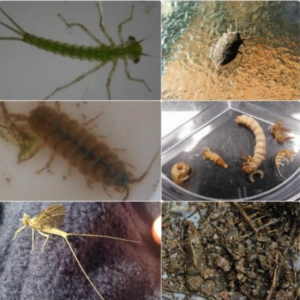 The environmental quality Detroit River is reflected by the kinds of insects living in the river bottom sediment. In 2016, researchers reviewed sediment chemistry and benthos data collected from extensive sampling events. They found that the benthic community in the Detroit River is typical of what a connecting river environment would support. There are no toxic effects to the benthos from the sediment and the benthic community is similar to upstream sites in the river. This work shows that the river has improved over time and good progress has been made through the numerous cleanup projects completed to date. The DRCC has officially requested the re-designation of the Degradation of Benthos Beneficial Use Impairment (BUI) to “not-impaired.”

Fish Tumours and Other Deformities 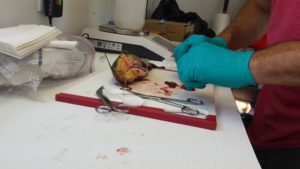 Brown bullhead, our indicator species for tumours, were collected in 2002 and 2016 and were assessed for liver tumours and other deformities. Scientists also evaluated changes in sediment contamination in the
Detroit River between 2002 and 2016 to determine if these contaminants have changed over time. The research indicated that 1 out of 112 brown bullheads had a liver tumour (<1%), less than the Great Lakes background rate. Further, sediment contamination has decreased over time. Based on this information, DRCC has requested the re-designation of the fish tumours and other deformities BUI to “not impaired.” 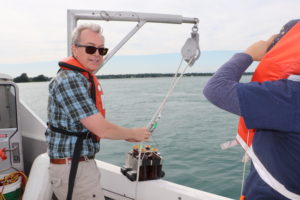 Bird or animal deformities or other reproductive problems 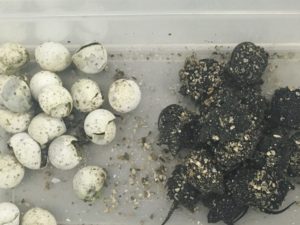 Due to their long life span, much of which is spent in or around water, snapping turtles provide excellent insight into environmental health. Locally, researchers monitor turtle nests to ensure turtles are hatching normally and to ensure mercury and polychlorinated biphenyls (PCBs) are not accumulating in eggs. In 2014 and 2015, there was no significant difference in hatching success or deformities between samples from the Detroit River area and samples collected at Long Point. Furthermore, PCB levels in eggs have been decreasing over time.

Tree swallows feed on insects that emerge from the bottom of the river, where they may be exposed to toxic chemicals. When the birds eat the insects, they can accumulate these toxins. Environment Canada and Climate Change researchers have erected 25 nest boxes at four locations along the river. These boxes will be monitored 2-3 times per week during the nesting season. Data will be collected on reproductive success (clutch size, hatching success, fledging success, weight at fledging) and contaminants in eggs including PCBs, mercury, and polybrominated diphenyl ethers (PBDEs).

Environment and Climate Change Canada’s wildlife toxicologists have completed three years of field work for reproductive health assessments on tree swallows for the Bird and Animals Deformities BUI.  By collecting and analyzing the eggs and plasma of these Tree Swallows, researchers can determine if contaminants are adversely affecting reproduction. The final year of monitoring is in progress.

In 2015, a partnership between the Michigan Department of Natural Resources, the U.S. Geological Survey and the Ontario Ministry of Natural Resources and Forestry was developed in order to conduct a full creel survey of the Detroit River. This survey will help the DRCC to assess the Degradation of Fish and Wildlife Populations Beneficial Use Impairment (BUI). A creel, or angler survey, is a tool fisheries managers use to gather information on fish populations. Individual anglers are interviewed to gather information about the number of hours they fished, what species they’re targeting, the size of the fish they caught, and whether they released or harvested the fish. This creel survey provides a snapshot of the recreational fishery measuring the effort, catch, and harvest of fish from the Detroit River.

Anglers put in over 600,000 hours on the river with the majority of recreational fisheries catch and effort at 54% and occurred during April and May in 2015. Anglers caught and harvested over 500,000 White Bass (more than any other species). Walleye is the preferred fish sought out of the Detroit River with 73% targeted and 87% harvested (around 150,000 fish). There were 192,000 Yellow Perch caught, mostly in September (68% at a rate of 4.13 perch per angler hour). Over 100,000 Smallmouth Bass were caught in 2015. Either in May (22%) during the Michigan catch and release season or in September (30%). Of all the Smallmouth Bass caught, 97% were released. Anglers in the Detroit River caught over 4,000 Muskellunge. Most muskies were caught in the spring (April to June); however, it does appear that catches do occur throughout the year. Similar to the Lake St Clair Muskie fishery, 99-100% of all Muskie caught were released. 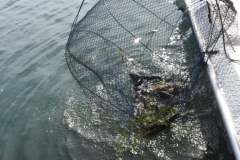 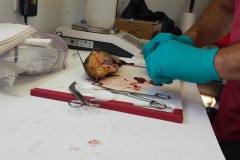 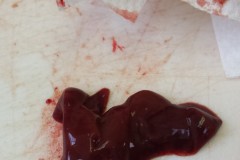 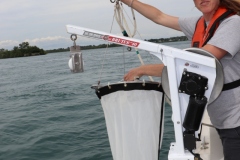 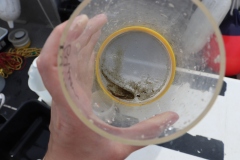 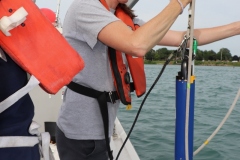 Completed research for no longer impaired Beneficial Use Impairments

Visual surveys were conducted at 11 sites along the Canadian shoreline from 2011 to 2013. Researchers recorded the presence or absence of several variables that may indicate local pollution problems (e.g., colour, odour,  debris). The results of the study indicated that there was no significant, persistent degradation of aesthetics on the Canadian side of the Detroit  iver. As a result of this research, this BUI was redesignated in 2015/16.

The DRCC reviewed E. coli bacteria data collected at two Detroit River locations (McKee Park and White Sands Conservation Area) compared to two nearby reference beaches (Sandpoint and Holiday Beach) between 2009 and 2011. Levels of E. coli in and near the Detroit River rarely exceeded the beach closure benchmark. Additionally, the results collected for this assessment indicate that the Detroit River sampling sites were not different than the upstream and downstream locations, Sandpoint and Holiday Beaches. As a result of this research, this BUI was redesignated in 2015/16.

Tainting of Fish and Wildlife Flavour

A survey conducted on both the Canadian and American sides of the Detroit River showed that over 95% of anglers that eat Detroit River fish report that it tastes and smells good.  The study used a questionnaire survey to  examine the behaviour and opinions of Detroit River Anglers. From April to October 2010, 156 anglers responded to the survey, which was administered two ways; anglers fishing the Canadian shoreline were interviewed face to face and the questionnaire was mailed out to anglers who participate in the OMNR Angler Diary Program. Anglers were asked about fish consumption  habits; specifically which fish they consume and which fish they avoid  consuming. After the review of the extensive report, the DRCC partnership decided to officially recommend a change of status of the beneficial use  Tainting of Fish and Wildlife Flavour from ‘Requires Further Assessment’ to ‘Not Impaired’. Over the years, pollution reduction regulations and recovery actions have addressed the pollutants known to cause or contribute to this tainting of fish flavour.

Added Cost to Agriculture and Industry